Am I an Architect or Designer?

“The decision to forgo the expense of an Architect in an effort to save money often leads to significant costs down the road that far exceed what a designer would have cost in the first place.”

I see it used interchangeably without real attention to what the two terms mean. So let’s explore this such that you and I might better know the meaning.

The traditional definition of “architect”, according to Google, is a person who designs buildings and in many cases also supervises their construction. The more common and maybe overused definition is a person who is responsible for inventing or realizing a particular idea or project.  Everyone and anyone can invent an idea.  Politicians are great at being architects.  However, architect’s are licensed to practice architecture, and politicians are not licensed to practice idea creation.  Maybe if they were responsible for fruition of the fine details!  Architects have a command (or should have) of the materials and methods used on the particular project.  And they don’t use the same elements, materials, or style (also read bunker style) each time.  They experiment and explore following sounds research and a projects unique particulars.

A “designer”, again according to Google, is traditionally defined as a person who plans the form, look, or workings of something before its being made or built, typically by drawing it in detail.  According to Google, the term designer is now used more than architect.  And this is true as there are so many designers now.  Not just landscape designers and golf course designers, but fashion designers, jewelry designers like my neighbor down the hall Heather Guidero and even innovation designers like the Business Innovation Factory.  It is one of the reasons I love being in Providence.  There are a ‘boat load’ of designers here in the Ocean State and they expose you to thinking with a larger perspective.  Most of them have knowledge of their particular materials and methods and how users experience their creations.

But definitions themselves do not define use of either word.  To further confuse the issue is public regulations or lack thereof.  Designers do not need to be licensed.  But should they?  The public can control which designers are in business by letting them prosper or fail through their actions.  Capitalism at its best!  However, from a public regulation viewpoint, is an uneducated public capable of making those decisions or is really marketing and advertising doing the educating?  There are no regulatory agencies watching out for the jewelry wearing public.  But what is the public’s danger from innovation designers?!

One of my favorite architects is Thomas Jefferson.  If you’ve been to Monticello you understand.  I spent some time there while attending UVA.  Not only did he design his home, but also the landscape, and various other inventions.  He might also be considered one of the best Presidents or Founding Fathers given his creative policy in the early years of this country.  Frank Lloyd Wright was similar in magnitude.  But with our changing times and a more litigious society, it is uncommon for architects to design an entire house (furniture, silverware, etc.) golf course (course logo, tee markers, etc.) or patio (linens, tableware, etc.).  We’ve become a society of specialists.  The architect is no more the single professional.  Often there are lawyers, environmental consultants, biologist, etc. involved with projects. 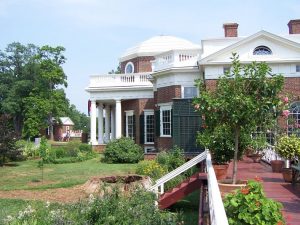 Where you don’t see the name confusion is with our allied professionals – Engineers. There is rarely any confusion as to the engineer’s occupation. Like architects, engineers are licensed and practice fully knowing they could be sued.  In fact, many professions now use some of their terms, such as my favorite: “value engineering”.  Like another professional can’t review a planned project and simplify materials and methods to meet a tight budget?  I’m guessing value architecture is an oxymoron then?!

In the Landscape architecture (there is that word again) world there is more confusion. Since public exposure to architects/designers is mostly in the residential services, and landscape designers can legally design private residences; you get the picture.  Usually a few times a year, often in the spring, I field calls on if I sell mulch and could I cut their lawn.  Landscape architects are licensed just like our vertically specialized friends, architects, and our value minded friends, engineers.   We can do relatively the same thing but current regulations don’t allow landscape architects to build walls over three feet (shh, don’t tell anyone!) but we do roads, parking lots, and stormwater mitigation (following image) 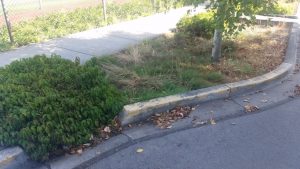 Now to my friends the golf course architects, or is it designers? Having been in the industry for twenty years, I’ve seen the entire spectrum (private, public, municipal, tournament, etc.) of projects.  As with a majority, if not all the other designers, there is no licensing.  Anyone can call themselves a golf designer and in many ways they could be interchangeable. There are no real standards to follow that might define or guide the users.  Both Donald Ross and Pete Dye call themselves designers.  But the private society American Society of Golf Course ARCHITECTS…  Are they trying to legitimize membership?  Compete with Architects, Landscape Architects and Engineers? I believe in aiming high so defining oneself as an Architect has meaning and merit.

Just the sheer number of people who have called themselves golf designers (never mind Architects) is mind blowing. I would be surprised that in any other profession there compares to the number of people wanting to call themselves a golf course architect. The lack of regulation, never mind licensure, for a profession that has been coined a specialized Landscape Architect is crazy.  Again, in our litigious society the number of law suits I’ve seen and been a part of sure convinces me to pay my Errors and Omissions insurance.  And just because you have some visceral experience doesn’t qualify you.  I recently worked with and listened to Architect Friedrich St. Floran speak.  He designed the national World War II memorial on the Mall in Washington D.C.  Not just your average architect you might say.  I’ll paraphrase his feelings:  “…After sixty some odd years I finally think I know what I’m doing.” 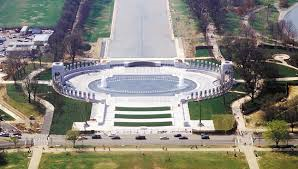 I offer that Architects are holistic, knowing at a minimum the materials and methods to complete their creation (they could build it themselves and do not need to rely on others). They look beyond the functional aspects; does it fit in the pierce of the ear and will it hang off the shoulder, etc.  They apprentice for years to sharpen their craft.  They look to capture the user’s imagination, play with their senses, make it sustainable within the client’s means and understand a set budget.  Can designers do that?  Of course!  Can most Architects do that?  Ask Bill Belichick, coach of the Patriots; now that is an Architect!

2 Responses to Architect or Designer???